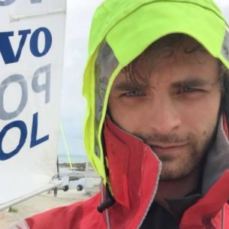 Hello, Come discover this brand new 4.1 Bali Catamaran available in Chesapeake Bay in Annapolis. This boat from 2019 can accommodate up to 7 people and 7 overnight guests in 4 cabins. With your family or your friends, you will enjoy a full holiday at sea and appreciate all that the Chesapeake Bay has to offer! Not just a simple Bay, The Chesapeake Bay offers view and calm as nowhere else in the world! The Bay is located in the Mid-Atlantic region and is primarily separated from the Atlantic Ocean by the Delmarva Peninsula with its mouth located between Cape Henry and Cape Charles. It situates between a Northern portion in Maryland and a southern part in Virginia. Best season to go sailing is from the end of April until the beginning of November. All bookings made 180 days prior to departure have a 5% discount automatically added. Options: Adminstrative Fee: 38,46 EUR Dinghy (per day): 19,23 EUR Linens - Couple Replacement: 7,69 EUR Re-Booking Fee: 38,46 EUR Skipper (payable at base): 208,33 EUR Skipper -1/2 day (payable at base): 104,16 EUR Take the Sleep Aboard: 125,00 EUR Take the last day Sleep Aboard: 125,00 EUR MANDATORY EXTRAS Extras Boat Preparation Fee: 38,46 EUR Hull damage waiver (per day): 29,17 EUR Maryland Amusement Tax 5% Maryland State Tax 6% Boat damage deposit 1 250,00 EUR Security Insurance 1 250,00 EUR Please do not hesitate to contact us via Click and Boat if you have any other question!

Equipment of the catamaran

Of which 1 are in English

-
-
Edit
Select your dates
Please note: your details will be forwarded to the owner after the yacht has been booked on Click&Boat. Meanwhile, you cannot exchange your contact information.
Your message
Ask your questions and specify:

What would you like?
An quote for this yacht
The owner will be notified of your interest in their yacht and will be able to make you a personalised offer.
A quote for my sailing trip
You will receive several yacht suggestions corresponding to your criteria.