12 people
· 4 cabins
· 10 berths
· 2 bathrooms
385 people have viewed this sailboat in the past week.
With Skipper
A professional skipper will navigate the boat for you
Booking conditions
This boat has booking conditions (rental duration, departure days...) which may differ depending on the season. Do not hesitate to add dates to check availability.

Let yourself be carried by the wind aboard the Sun Odyssey 36i. You will be seduced by the hull that offers high performance designed by Marc Lombard, the spacious cockpit, the space on board and the brightness of the interior. Ideal for six adults and two kids. equipped boat for cruising and fishing (1 kw transducer and the port rod). From the port of Salerno going north you can visit first the Amalfi coast called "the Divine." The Amalfi Coast boasts its extraordinary beauty of places. Headlands, fjords, coves, caves, breathtaking views, here every square meter is kissed by typicality. That applies just as much for its characteristic lemon, "sfusato" Amalfi, as the traditional craft products, primarily the artistic ceramics of Vietri sul Mare. Amalfi, Positano, Praiano, Minori, Maiori, Cetara, Erchie, Ravello, Furore are just some of the centers to visit. Over "the Divine" begins the Sorrento peninsula. Arriving there will welcome the little town of Meta, whose ancient farmhouses and sunny beaches which are all to be discovered; Piano di Sorrento is a lively town that masterly combines its maritime identity to that country and to that of active commercial center of the peninsula; its low hill is crossed by narrow streets, lined with high walls that close old citrus groves. And Sant'Agnello, which overlooks the sea, perched on a bluff precipice, has enchanted the royal family of the Bourbons and the princes of Europe, here they built fabulous villas. Also overlooking the sea and surrounded by hills, appears Sorrento, international town, with its ancient center, its sea, its citrus gardens; and Finally the pleasant Massa Lubrense, extreme border of the Peninsula, lying in front of Capri, a natural oasis with numberless foot-path among ancient farmhouses, archaeological areas, Mediterranean bush and indescribable landscapes, on enchanting sea and beaches. Having still have time you can go to Capri, Ischia, Procida and even Santo Stefano and Ponza. Starting from Salerno to the south, however, you can visit the Cilento Coast. Cilento is a real treasure trove. territorial system very complex, first of all it offers the visitor a hundred kilometers of coastline, lapped clearest of Campania and characterized by an alternation of fine sand from the sea, cliffs, headlands and caves carved into the rock. The numbers of the National Park of Cilento and Vallo di Diano, just recently enriched by the establishment of two protected marine oasis (Punta Licosa, between Agropoli and Castellabate and Punta Infreschi, including Palinuro and Scario) one of the largest nature reserves d ' Europe. Universally known as the "Land of Myth", in ancient times it has hosted important Greek settlements, Lucan, Roman. Today, in this vast area survive two great testimonies of antiquity, the archaeological areas of Paestum and Velia, the headlights of the classical civilization that here has experienced significant development time. As for the Cilento coast, sea lovers can not give up admiring the clear and clean waters of the many municipalities cilentani awarded in the years of the Blue Flag and Legambiente Sails. The Cilento coast begins from Agropoli and ends at Sapri, offering seaside varied. The sea in the Cilento coast is in fact characterized by the continuous succession of stretches of coastline accessible only by sea, interspersed with sandy beaches and easy to access. From the picturesque village of Agropoli, through Santa Maria di Castellabate, Ascea, Poplars, Acciaroli, without forgetting Palinuro

Services of the sailboat

Translate
Of which 2 are in English

We had such a great time and we had a great time with our captain who was very accommodating. Guiseppe was very helpful to point us in the right direction for arranging a wine tour. I can't say anything that could've been improved. I would absolutely go again. I would also recommend to friends visiting the area!

The boat was exactly as we expected. We just had some problems in communicating with the skipper but apart for that it has been an amazing experience that I will definetely repeat!

385 people have viewed this sailboat in the past week.
Charter price
Service Fee and Taxes
Discount offer
Promotional code 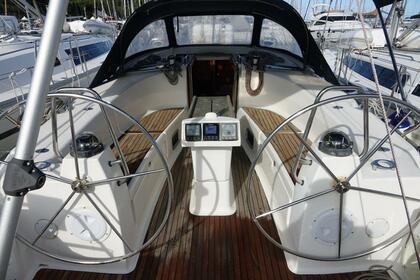 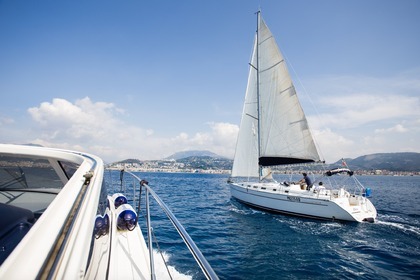 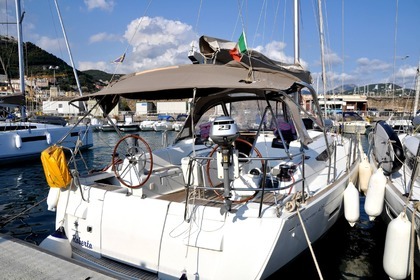 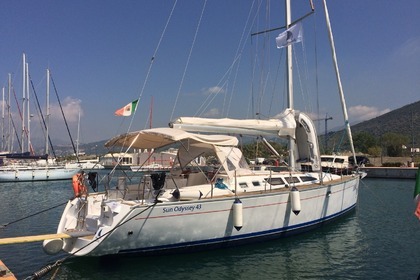 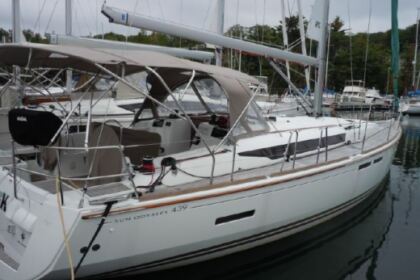 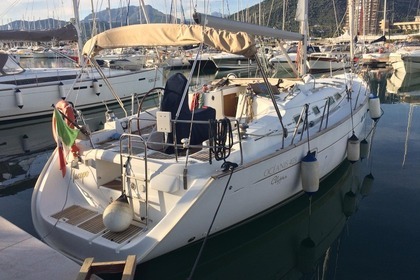 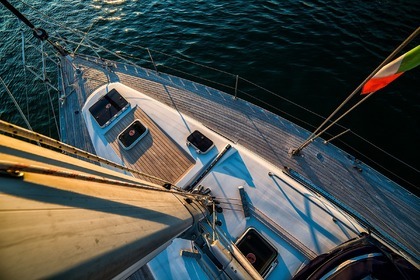 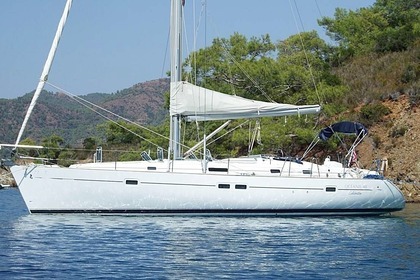 -
-
Edit
Select your dates
Rent by the hour
Ask for an hourly quote from Giuseppe.
Please note: your details will be forwarded to the owner after the yacht has been booked on Click&Boat. Meanwhile, you cannot exchange your contact information.
Your message
Make sure to specify in your message: