Offered by Steve
· Pro
Laganas, Zakynthos
6 people
· 100 horsepower
· 5.4 metres
308 people have viewed this motorboat in the past week.
With or without skipper
Book this boat with or without a professional skipper. A boat license is required if you are sailing without a skipper.

******* WITH OR WITHOUT CAPTAIN - NO LICENSE NEEDED! Fuel included! ******* Built 2016, Selva 30/60 hp, ladder, canopy, big cool box, USB porters, cup holders, front sundeck At your own privacy, sail round Lagana Golf, spot Carretta Sea Turtles, stop at Marathonisi Island, and swim at the famous Blue Keri Caves and Mizithres Beach. Marathonisi or simply Turtle Island is the little isolated virgin island in the heart of Lagana Golf, protected by law, completely uninhabited, approachable only by boats. This paradise is home of the famous Carretta Sea Turtle. It is popular for the magnificent beaches, its big caves, and pure clear waters! Only half an hour sail from Laganas Beach, is the easiest escape for anyone. You do not need a captain! Enjoy the delights of Marathonisi Island and spend your day swimming with the Turtles away from the crowds. The Caves of Keri blur the lines between fact and fiction. The largest sea caves in Greece, are popular since anciety amongst the Greeks and their Myths. Home of some of Europes most rare and protected spieces for thousand years, such as monachus seals and dolphins, still mesmerize today with their mystic and ancient sence. Only half an hours sail from Lagana Beach, Keri Caves can be the absolute primitive, time and space escape both for morning and sunset. Crafted by the forces of nature, Mizithres Beach is a recently formed paradise! On the South West of Zakynthos coast, only 20’ minutes sail from Lagana, is easy to approach by boat even without a captain. Give him/her a time to remember. Avoid all summer’s haste and noise and give yourselves the most romantic break in the wild, at the shores of Mizithres Beach, the „new Shipwreck”!

Services of the motorboat

Location of the motorboat: Laganas, Zakynthos

You will only be charged if the request is accepted

308 people have viewed this motorboat in the past week.
Charter price
Service Fee and Taxes
Discount offer
Promotional code 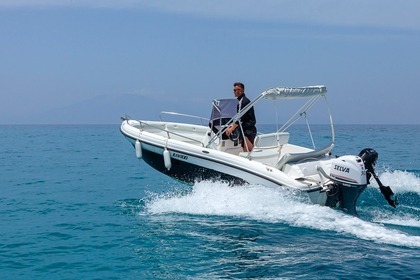 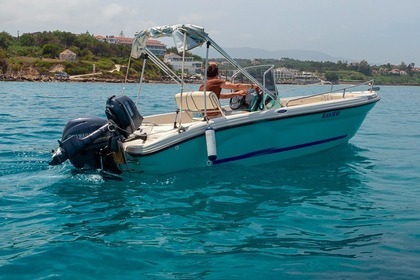 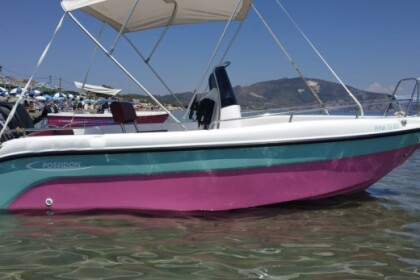 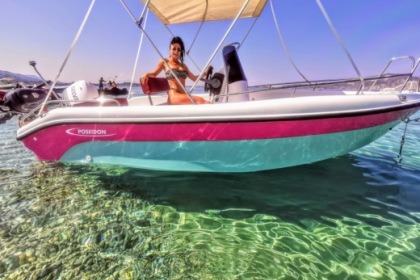 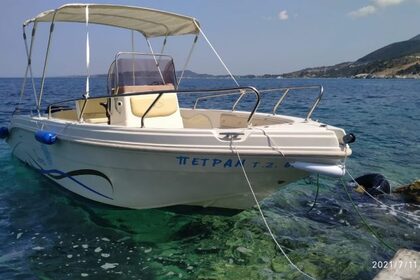 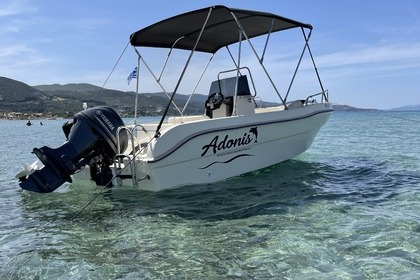 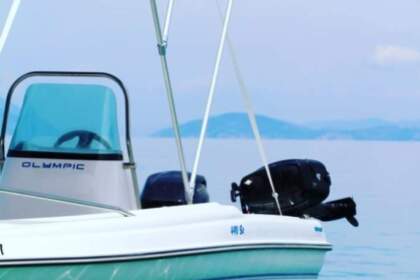 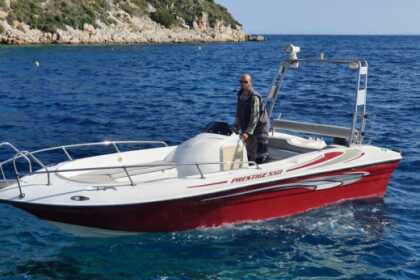 -
-
Edit
Select your dates
Rent by the hour
Ask for an hourly quote from Steve.
Please note: your details will be forwarded to the owner after the yacht has been booked on Click&Boat. Meanwhile, you cannot exchange your contact information.
Your message
Make sure to specify in your message: