Register Login Help Ask for a quote
Yacht
35 results
Sort by...
Customized Booking Conditions
Boats with this tag offer updated booking conditions in the context of coronavirus, making it easier for you to plan your holiday. 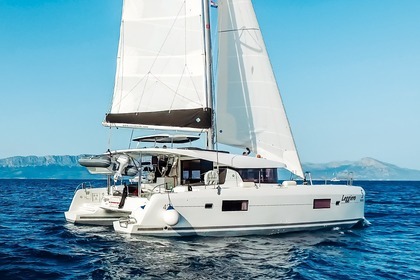 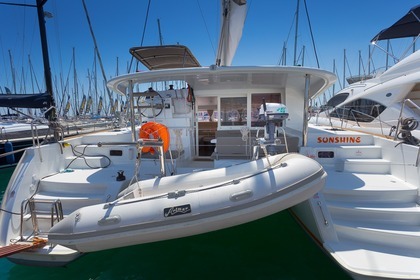 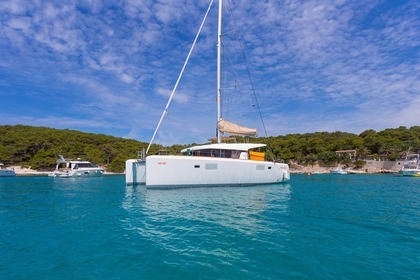 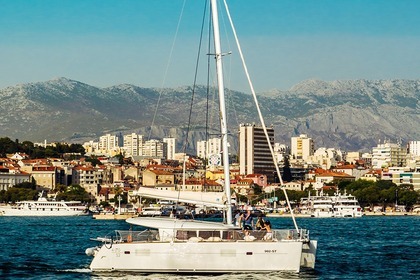 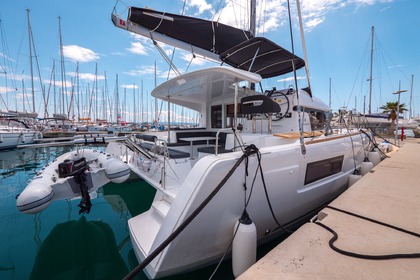 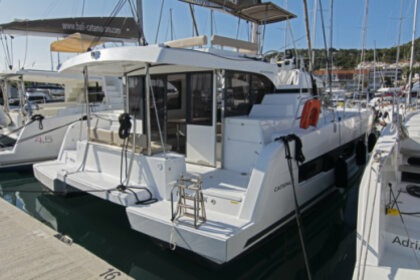 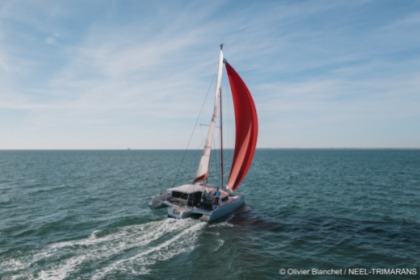 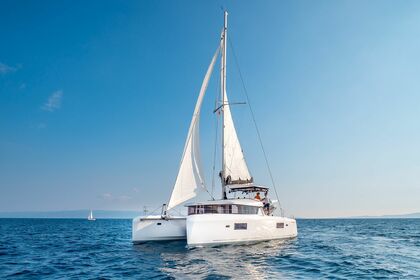 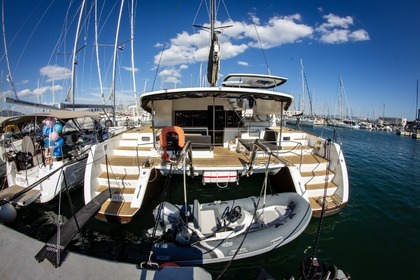 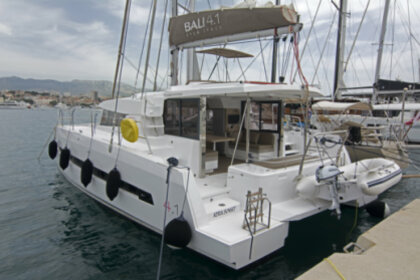 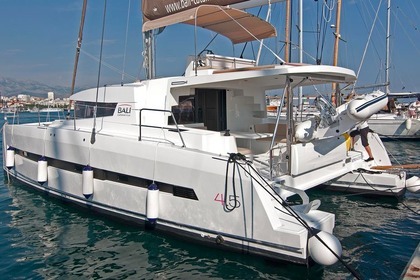 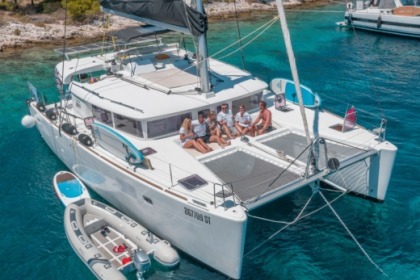 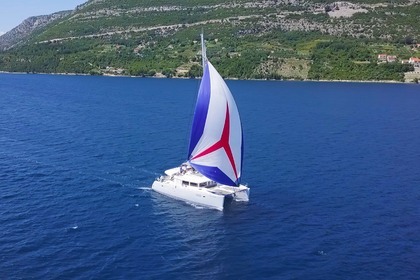 LUXURY HALF BOARD/SKIPPERED/CREWED LAGOON 450 WITH BREAKFAST, LUNCH AND ALL DRINKS INCLUDED
(2014) 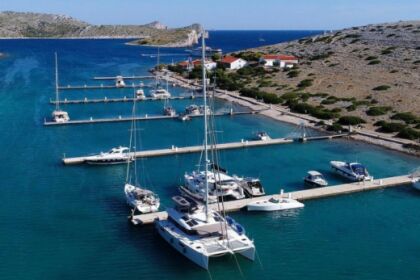 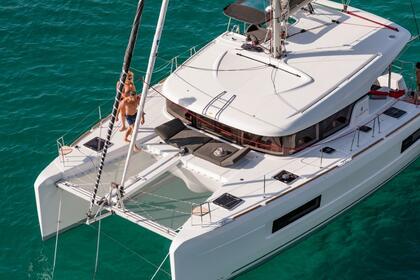 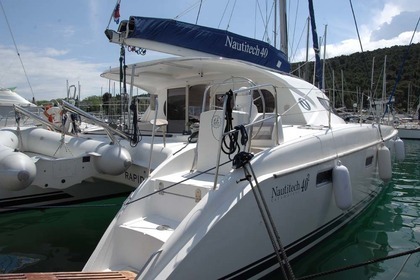 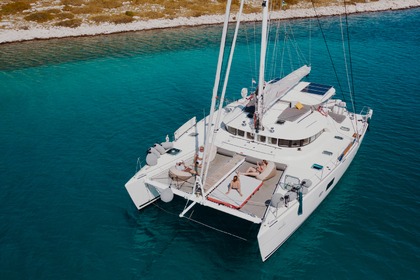 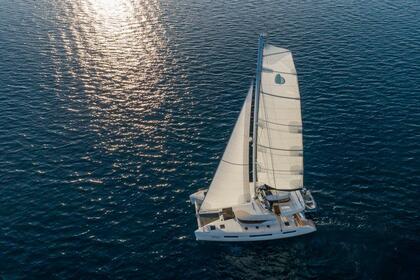 On Click & Boat you will find all types of catamarans to charter in Split. Available at all prices and with or without a skipper, depending on your sailing experience and qualifications. With a catamaran charter in Split you will have the opportunity to admire famous landmarks such as the Diocletian's Palace, the Saint Domnius Cathedral and Jupiter's Temple. Charter a catamaran in Split to explore Croatia , one of the many gems of this country.

What to do on your Catamaran charter in Split.

Catamarans are a good choice for many different groups of people. They are both relaxing and adventurous at the same time. Anchor up at a quiet and secluded beach and bath in the sun that seems to kiss Split all year round or take a dip in the crystal waters and enjoy some watersports. When you charter a catamaran with a skipper they are not just your driver - they are often local experts with unparalleled knowledge on the surrounding areas who can take you to the best spots. Do you want to go snorkelling to swim with and even perhaps interact with some of the local waterlife? Your skipper will know the best spots.Or perhaps you want to rent a jet-ski for an hour - your skipper will surely know the best locations for that too. Perhaps you want to try your hand at sea fishing? Although catamarans are not typical fishing boats, message the owner of your catamaran rental and see if they can arrange for fishing equipment to be provided on board.

Where can you sail from split?

Just off Split is the island of Brac. Brac is the largest island in the Dalmatia region and the third largest in the entire Adriatic. The island is known for its agriculture and refined raw materials. Delicious olive oils and wines are produced on the island. But the most famous export item in history has always been pure white Brac limestone, from which many famous buildings are made, including the White House in Washington DC. On the island is also the famous beach Zlatni Rat, one of the most beautiful beaches in all of Croatia that goes out in a 500 meter long headland from the island! However, the beach is extremely popular during the high summer months so it is therefore recommended to go there during the low season.

If you continue around 18 nautical miles further out on open water, you will soon reach the island of Vis. The island is a real gem in the Adriatic Sea and was for a long time completely untouched by tourists as the island's strategic location in the middle of the sea allowed the island to function as a military base for a long time. This means that the island is often seen as an alternative destination that goes beyond the usual sailing route, which makes the island perfect for travelers looking for beautiful nature and a relaxing experience. In addition, some of Croatia's most exclusive wines are produced on the island, such as Plavac and Vugava. So for those interested in wine, tasting of wine is highly recommended!The two largest resorts on the island are Vis stad and Komiza, which are located on opposite sides of the island. On the east side of the island is Vis stad, a coastal community which, despite its increasing tourism in recent years, has still managed to preserve its traditional Mediterranean atmosphere. Vis city also has one of Croatia's oldest city centers, which is not least noticeable in the remains of historic forts and amphitheaters. If you instead choose to head to the island's west coast, the island of Komiza is a good alternative. The coastal community is beautifully situated in a bay between crystal clear sea and the slopes of Mount Hum. Komiza has been a fishing village since the 14th century and still has strong links to fishing. If you want to try a traditional dish from the sea, Konobas Barba and BAKO are recommended.

If you go east from Vis, you will after a while come to the island of Korcula. Korcula is the perfect combination of beautiful natural landscapes, picturesque villages and idyllic beaches. The island's largest town, which has the same name as the island is located on the west side. The city of Korcula is one of the best preserved medieval cities in the Mediterranean and the city has a rich history. It was here that the explorer Marco Polo (1254-1324) was born. The old part of the city is known for its medieval buildings and is often called "Little Dubrovnik" because of its beautiful architecture. A visit to Korcula is also not complete without enjoying the local seafood. A visit to one of the local vineyards is also highly recommended!

On the way back, a stop on the island of Hvar is almost mandatory. The distance between Korcula and hvar is 32 nautical miles and one of the most scenic sailing routes in Croatia. As you approach Hvar we recommend heading to Marina Palmizana which is located on a small island just outside Hvar town. The marina is one of the most beautiful in Croatia and you can easily get between the island and Hvar via a sea taxi that runs until 11 in the evening. If, on the other hand, you want full flexibility, it is of course also possible to head in to the port of Hvar city. Hvar is mainly known for three different reasons: wine, lavender and nightlife. Visit the vineyards and olive groves while the scent of lavender and rosemary awakens your senses. If you would like to explore the nightlife in Hvar, the city has a great selection for it! It is less crowded than more famous party destinations such as Ibiza and Ayia Napa, but there are still enough people from different parts of the world and spectacular clubs to make it a dream destination for partygoers. Two of the most appreciated clubs are Carpe Diem & Hula Hula.

How does it cost to rent a catamaran in Split?

The price of your catamaran rental will vary depending on a few factors including the size of the catamaran, the time of year and length of your rental as well as the year the catamaran was constructed. You can expect to pay € 300 / day up to € 3000 / day depending on these factors. Renting your catamaran during the high season will see you paying more but being able to benefit from the best weather of the year. On the contrary, chartering the catamaran during the mid or low season will see you experiencing cooler weather but benefiting from a lower price and quieter streets and less tourists. It is the norm to rent a catamaran for one week or more - renting a catamaran for this length of time will see you paying lower daily prices than renting for just one day. For weekly rental you can expect to pay from around € 2300 / week up to as much as € 20,000 if you desire a more luxurious rental. Don't be put off by these price tags though! A catamaran that costs around € 2300 / week could sleep up to 10 people meaning the price is actually only € 230 / per person per week. So call your friends, book a week of work and make your reservation for a catamaran charter in Split!

Split is the second largest city in Croatia and the capital of Dalmatia. It is often a stopover or starting point for tourists who decide to charter a catamaran and sail around the nearby idyllic islands.  You will find many great spots to stop off at along the coast of Split, with several beautiful beaches, including the central beach of Bačvice. From Split you can charter a motorboat, a catamaran, or a sailboat to the islands of Brač and Hvar. There are many beautiful small coves and beaches such as Zlatni Rat to stop off and enjoy. If you want to cruise more to the south islands, Korčula is a must-see. Also the home of Marko Polo, this is a great island for active holidays lovers; Scuba diving, sailing, surfing, jet skiing, swimming.

So why choose a catamaran? Because of a catamaran's dual-hulled design they are much more stable and steady than a motorboat or a sailboat. They are the perfect way to relax and enjoy the view. Especially when you charter a catamaran with a skipper, you don't have to worry about the boat and can fully enjoy the experience that surrounds you - in this case, the historic and beautiful landscapes of the Croatian Island of Split . Because of their design they also tend to have more space than a motorboat or sailboat and usually sleep around 12 people. This makes Catamarans perfect for families, groups of friends or couples looking for an extra-romantic getaway with lots of space and privacy.

Charter a catamaran near Split

In Split, privately owned catamaran are available for charter. See other yachts in the area

Charter another yacht type in Split

Perfect harbor, easy to get in and out, beautiful sea full of islands and... dolphins!

Split is small town , located on the Dalmatian coast in Croatia. It is a vibrant port city well-known for its ancient center, beautiful architecture, and exquisite cuisine.

Split and the surrounding areas are truly amazing! We highly recommend staying within the Diocletian Palace walls for a few days to really get the feel of Split. Parking can be a challenge but your contact where you are staying will have ideas. A trip to Hvar is worth the time. Visit as many islands as you can.