Charter a boat in Amsterdam 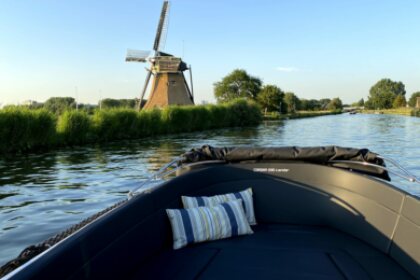 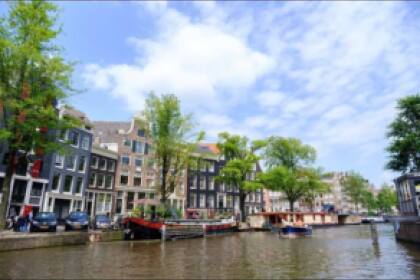 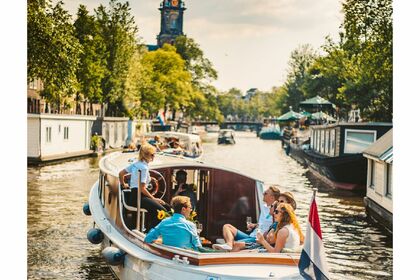 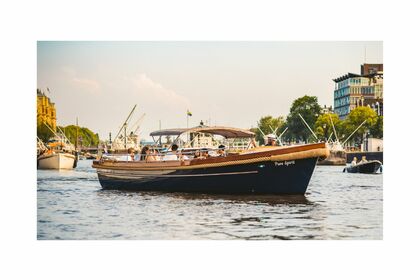 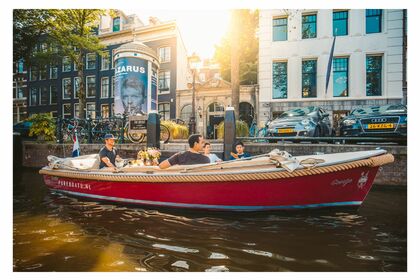 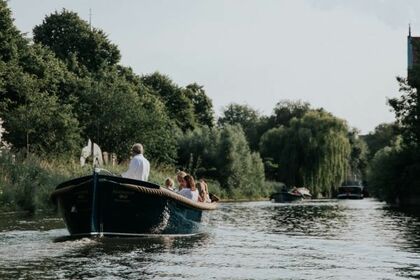 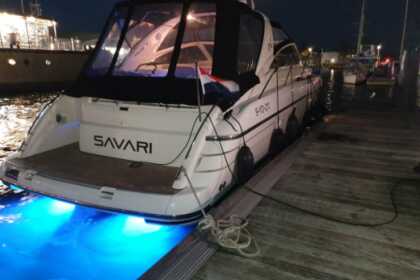 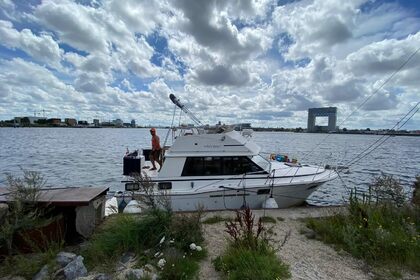 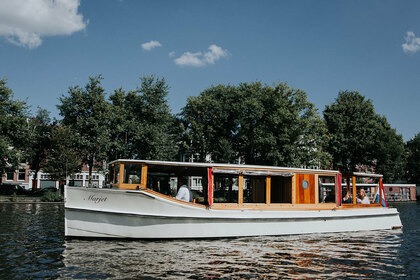 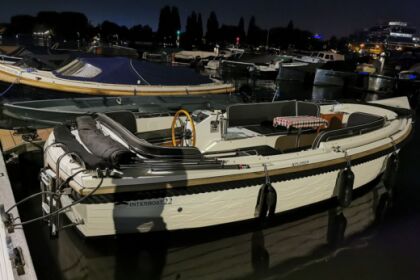 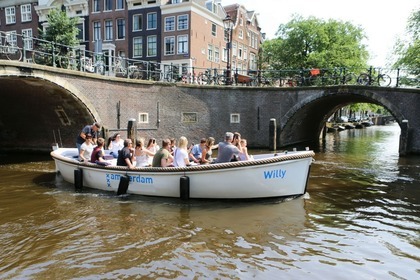 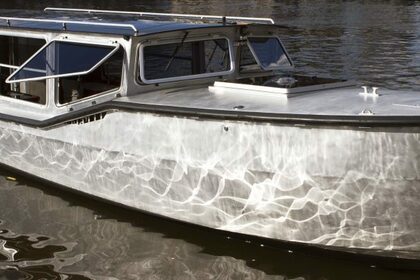 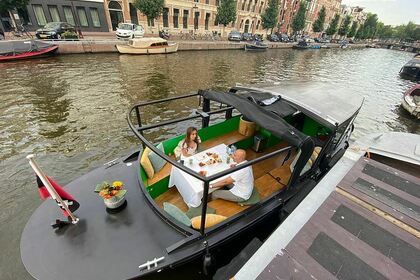 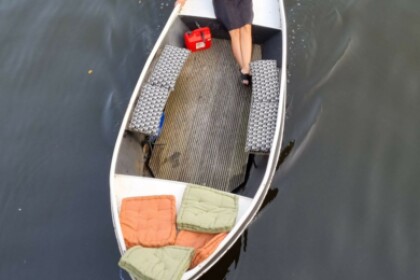 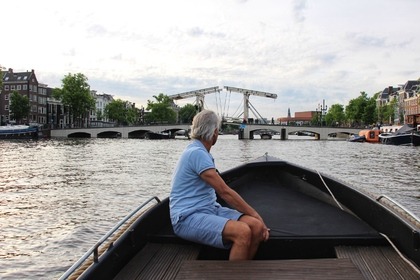 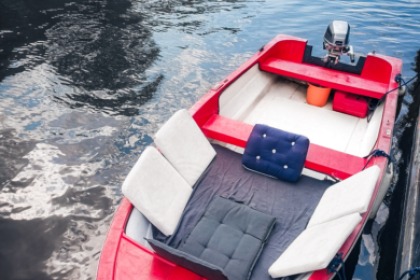 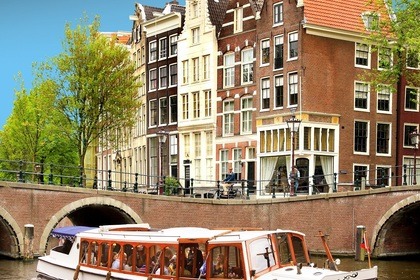 Cruise through the Amsterdam canals

Amsterdam, the capital of the Netherlands, with its picturesque canal network, rich history and vibrant cultural background is one of the world's most unique cities. The sights in Amsterdam are endless and with more than 150 kilometres of canals, Amsterdam is the ideal city for a day on the water! Next to the many canals Amsterdam is situated on the IJmeer which is connected to the Markermeer. With over 1500 bridges, Amsterdam has four times as many bridges as Venice!

Where can you charter a yacht in Amsterdam?

All the boats listed on our platform are spread throughout the city. There is no specific harbour where you can pick up your boat. Because of the many different canals the boats can be found at different locations.

What to do in Amsterdam?

There are countless possibilities when it comes to sightseeing in Amsterdam. Depending on the length of your rental period. If you would like to get the most out of your boat trip, we recommend chartering a yacht with a skipper. He or she can show you the most beautiful places of Amsterdam. If you would like to enjoy an independent cruise in a boat with friends or family, it is best to rent a sloop so that you are completely free to do what you want. From a nice drink with snacks and drinks to following one of the fantastic sailing routes in Amsterdam:

Would you like more information? Read our articles about the most beautiful sailing routes in Amsterdam.

A real must is to charter a sloop in Amsterdam! The city's water network is like a spider's web. This gives you the opportunity to visit all corners of Amsterdam. Amsterdam's canals are a UNESCO world heritage site and both day and night the canals are beautiful. With a sloop you can easily manoeuvre through the narrow canals and many bridges. Of course you could also take a canal cruise on a canal boat.

From your sloop or houseboat, you have a breathtaking view over the monumental buildings situated along the canals. A canal cruise gives you a fantastic view of the city. The historic buildings, the graceful bridges, the beautiful houseboats, the other boats on the water and the people on the quay. If you wish, drinks and snacks can be provided on board!

Wander around in the streets of the Jordaan

The Jordaan in the west of Amsterdam is one of the nicest neighbourhoods in Amsterdam! The narrow streets and picturesque buildings of the Jordaan together form one of the most popular districts of Amsterdam, dotted with independent art galleries, antique shops, courtyards and atmospheric bars and restaurants.

Get a taste of culture on the Museumplein! The Museumplein, home to the Rijksmuseum, the Van Gogh Museum and the Stedelijk Museum of Modern Art, is the cultural beating heart of Amsterdam. Amsterdam Oud-Zuid is the perfect neighbourhood for art lovers and on the open square between the buildings there are many open air exhibitions, markets and a large pond where you can cool your feet on hot days.

Take the ferry to Amsterdam North

Few people visit Amsterdam North during their city trip. From Amsterdam Central Station you can take the ferry (free of charge) to Amsterdam Noord. At the NDSM shipyard various events are organised on a regular basis. Amsterdam Noord has a lively cultural scene with many eating and drinking places.

Amsterdam is a popular holiday destination in Europe, and rightly so. The city is known for the many small cafes that can be found on every street corner. Would you like to come to Amsterdam? Find the perfect sloop, motorboat or houseboat for your visit to Amsterdam and surroundings. Log in to your Click&Boat account or create a profile for free. Via the chat function you can contact various owners directly and discuss your wishes and ideas. After which you can choose the perfect boat!

Would you like to charter a yacht in Amsterdam? Look no further!Click&Boat offers a wide range of boats ideal for exploring the city from one of the best vantage points: its famous canals.

Rent a "sloop", or chalupa, a typical Dutch boat, a houseboat, or a classic motorboat, and let yourself be carried along by the current, discovering every hidden corner of the city.

Did you know that you can contact the boat owners directly? That's right, Click&Boat offers you a free messaging system, with which you can make deals directly with the owner and define every detail of your rental.

How much does a yacht charter in Amsterdam cost?

When it comes to renting a boat in Amsterdam, there are a few factors that may influence the final price of the charter. Such as the age and model of the boat as well as the season and the duration of the rental. So be sure to take these factors into consideration when searching for the perfect boat.

However, most boat rentals in Amsterdam are hourly rentals. So depending on your wishes, you can charter a boat for 2 hours, half a day or a full day.

Contact one of the boat owners directly via the platform and ask him or her everything about the yacht charter, the city and its surroundings. Discuss your wishes and budget and book the perfect boat for your boat trip!

Our other types of boats to rent in Amsterdam

Beautiful city, light festival was interesting and light-full. A lot of lights on the houses, hotels, streets and shops. Very nice Christmas atmosphere (but keep in mind there is no Christmas markets like in Germany). Iceskating of a good quality (unfortunately weather conditions were not very good so we didn’t want to skate during the heavy rein).