Hire a boat in Trogir

Register Login Help Ask for a quote
Yacht
444 results
Sort by...
Customized Booking Conditions
Boats with this tag offer updated booking conditions in the context of coronavirus, making it easier for you to plan your holiday. 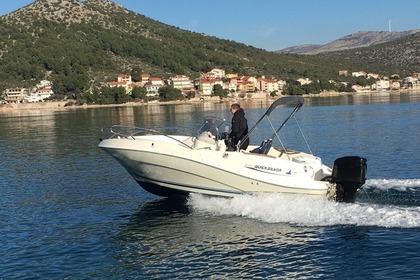 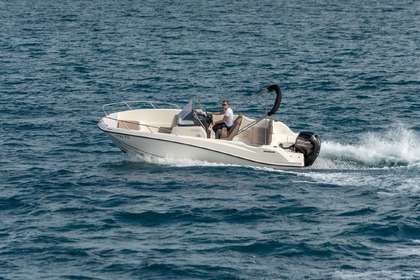 Book Quicksilver 675 in Trogir or Split and cruise around the islands!
(2018) 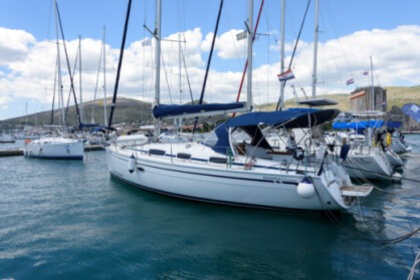 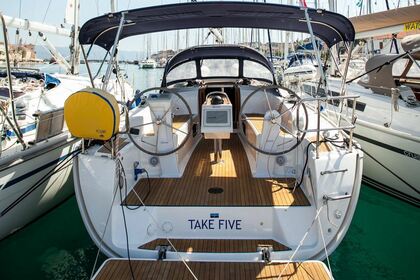 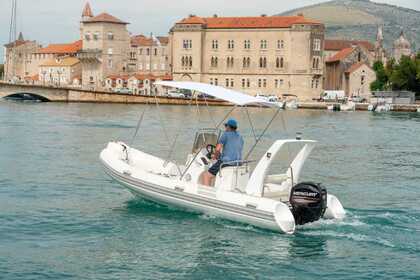 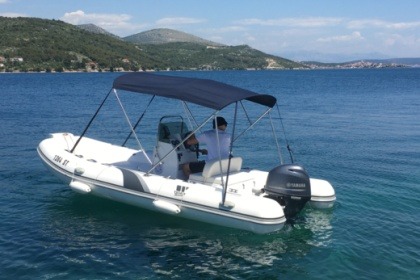 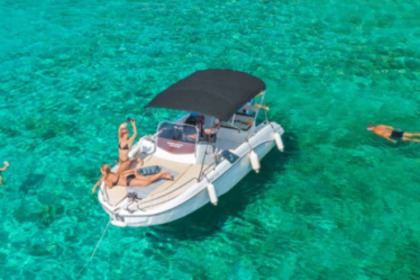 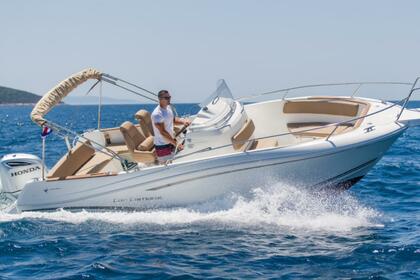 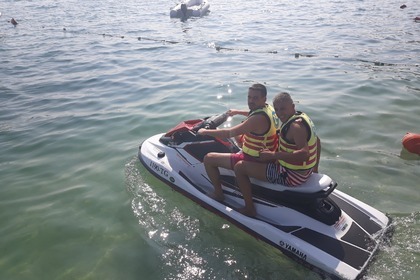 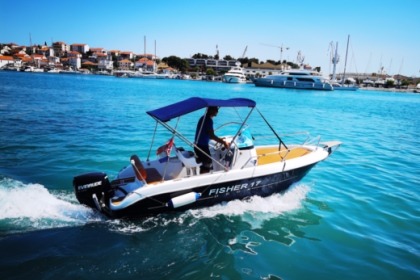 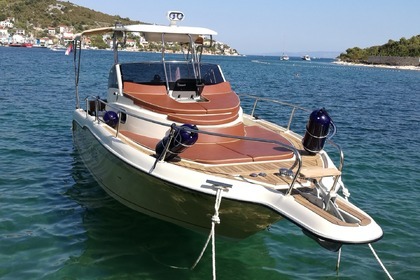 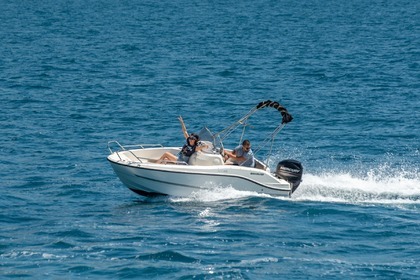 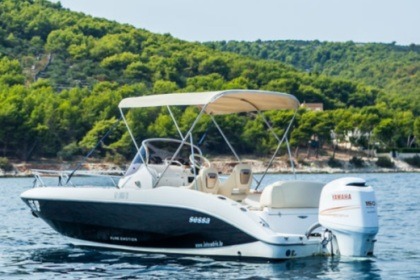 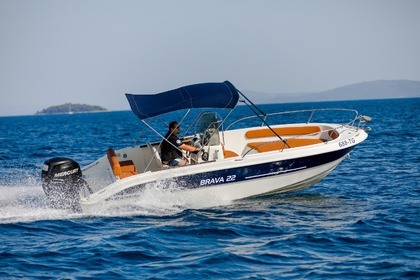 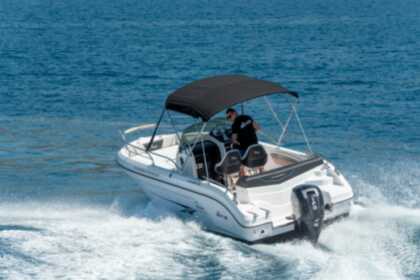 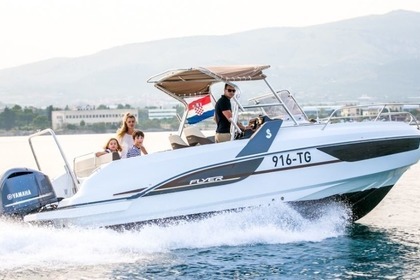 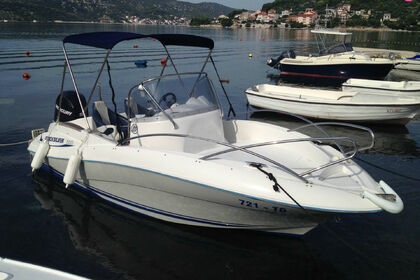 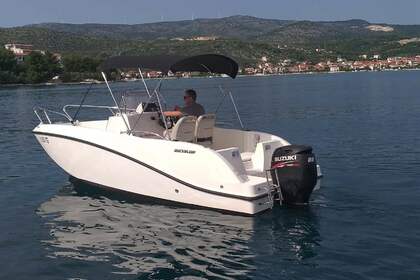 How much does it cost to hire a boat in Trogir?

Discovering the city of Trogir

Trogir is a port city in Croatia that is located in the Dalmatia region. The closest major city to Trogir is Split, about 27 km away. There is also an airport in Split, which you can fly to from many major airports in Europe. Trogir is a particularly beautiful town in Croatia with the best preserved Romanesque-Gothic buildings in all of Europe. It is often used only as an excursion destination. But don't forget to start your boat hire in Trogir! The city harbor offers excellent conditions. The old town, which is since the late 90s part, of the UNESCO World Heritage Site, includes several residential buildings, the city wall, a castle, a tower and several churches.

It is thanks to the Romans that you can only reach the old city center via a bridge or by boat. They separated the city center from the mainland by a canal. So a leisurely stroll through Trogir is a great way to really admire the city. Thus, along the way, there is also a lot to discover and admire everywhere. A subsequent stop at one of the many nice cafes that line the route is a good end to a day in town. The numerous restaurants offer excellent Mediterranean cuisine and excellent wines. In addition, Trogir attracts with beautiful city beaches such as Medena or Pantan and the fabulous beaches and bays of the offshore island of Ciovo.

If you are also looking to relax in nature, then you should consider a boat charter in Trogir. Since the city is located directly on the Adriatic Sea, you can sail out to sea from the port in Trogir and enjoy the Croatian sun on the open sea, secluded from all tourists. In addition, you can make a side trip to Split and also visit this beautiful Croatian city.

What is there to see in and around Trogir?

The old town of Trogir happens to be also named "Museum Island". Its history dates back to the Greeks. Quite significant is the John Paul II Square, where the most important buildings of Trogir gather, as well as the Cathedral of St. Lawrence, the Church of St. Barbara, the Cipiko Palace and the impressive bell tower of St. Sebastian. The bell tower's big clock is quite impressive, which was built between the 14th and 15th century. The Kamerlengo Fortress is located to the south of the picturesque waterfront and can be visited daily from 9:00 am. It was also built in the 15th century.

The island of Ciovo has already been mentioned. It is often seen as a suburb of Trogir. The island's 6000 inhabitants are well spread all over the island. If you hire a boat in Trogir, it is a good idea to explore Ciovo during a day trip and admire the beautiful beaches, bays and coasts from the water. They invite you to swim and snorkel. Among the sights of Ciovo is the pilgrimage church Prizidnica and according to history was built in the rock by several priests. Those looking for some relaxation can refresh and sunbathe on Slatine beach.

Split is of course also one of those places, which one should not miss during a vacation in Trogir. Especially with a boat charter in Trogir, this destination is a nice opportunity to drop anchor and enjoy the beautiful environment. This historic city is the second largest city in Croatia after the capital Zagreb and is surrounded by mountains on a peninsula. Particularly worth seeing here is the Palace of Diocletian which was declared a UNESCO World Heritage Site in 1979. A lively city center and a beautiful waterfront attract numerous tourists every year. Delicious Dalmatian specialties await you here. Freshly caught fish, lobster and other seafood are on the menus of many traditional restaurants. And a can't miss beach in Split is Bacvice.

Another city that is easily accessible during your boat rental from Trogir is Makarska. The town is located a bit more south of Spilt and is just as picturesque. A beautiful waterfront promenade and the town square Kacic form the center of the town. Small alleys, stately buildings and museums offer the vacationer plenty to visit. Fine small pebble beaches slope gently into the crystal clear water, offering plenty of swimming fun for the whole family. In the summer months you can experience live music on the waterfront and all year round the local restaurants spoil their visitors.


If you are also looking for some relaxation in nature, then you should consider a yacht charter in Trogir. Since the city is located directly on the Adriatic Sea, you can sail out to sea from the port in Trogir and enjoy the Croatian sun on the open sea, secluded from all tourists. In addition, you can make a side trip to Split and also visit this beautiful Croatian city.

Boat hire in Trogir with Click&Boat

A boat hire in Trogir is the best solution for a relaxing vacation in Croatia. You can visit various great cities during the day and in the afternoon or another day you can take your boat, discover the Adriatic Sea and enjoy the peace and seclusion. Click&Boat offers boat rentals between boat owners and renters worldwide, meaning we have plenty of boats to offer you in Trogir. You can choose between different types of boats, such as motorboats, sailingboats, catamarans or even houseboats- what ever suits your needs!

Even boating newbies will find what they are looking for with Click&Boat, as many boats are available for rent with a skipper. All you need to do is register on our website and contact all boat owners whom you like the rent a boat from. An added plus? Use of internal messaging system so that you can chat with the boat owner to clarify all questions and plans you may have.

Since you are interested in renting a boat in Croatia, try these local destinations too:

One of the most beautiful cities in Europe. It is small so you can walk around it in 15min, but it’s so full of history that every rock has it’s own story. A must see!

One of the most beautiful cities in Europe. Such a small place with so much history on every step you make. Surrounded by the sea and high city walls, this 3rd century BC fort-like city will take your breath away. That one place where everybody knows your name, but you've just got there. It makes you feel like at home!

Outstanding friendly town - A world Heritage Site that deserves a visit. Lots of great eateries and bars. From a boating perspective modern marinas and facilities - all delivered efficiently - lots of help for the leads experienced and good value. So many boating opportunities it’s difficult - However the Blue Lagoon is a good start to a day out and the beaches of Brach are excellent